The VQ Rosie Lee is a premium bedside DAB radio with plenty of character. With an attractive real wood design, and a range of built-in features, it certainly looks the part. But does it live up to its appearance? We put it to the test- so let's find out! 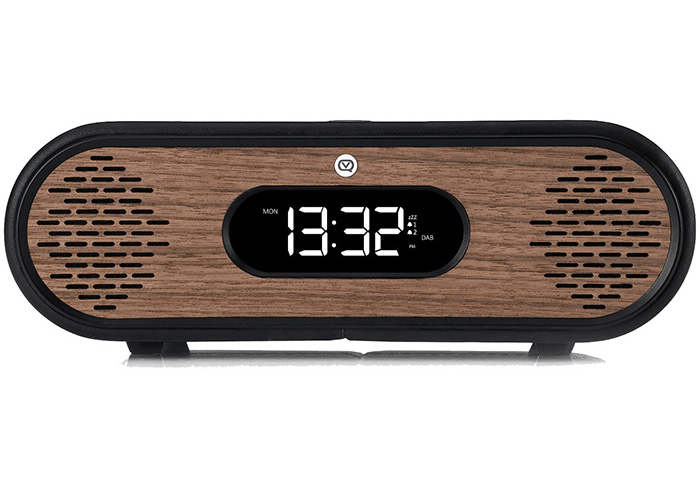 VQ make a big deal out of the Rosie Lee being handcrafted. The main body of the radio is made from a single piece of wood, which is then curved round to form a neat oval shape. That's a pretty impressive design feat! The outer casing is leatherette, and also handcrafted, as you can see by the stitching. The build quality is nice and solid, with all the controls clearly laid out on the top making the radio itself very easy to get to grips with.

Size-wise, the Rosie Lee is a little larger than your average clock radio. It's also quite heavy, at over a kilogram. It will probably take up a decent chunk of your bedside table, but it does make for a great design statement.

The only slight downside here is the screen. While you're lying in bed, it's fine- big and clear enough to easily see the time. But unlike the VQ Lark, it's not slanted. So, when you stand up, it can be hard to read the time unless you crouch down a bit. That's a problem we've often found in alarm clocks, since you can't see what the time is while you're getting dressed. Admittedly this is only a minor issue, but it might annoy some users. 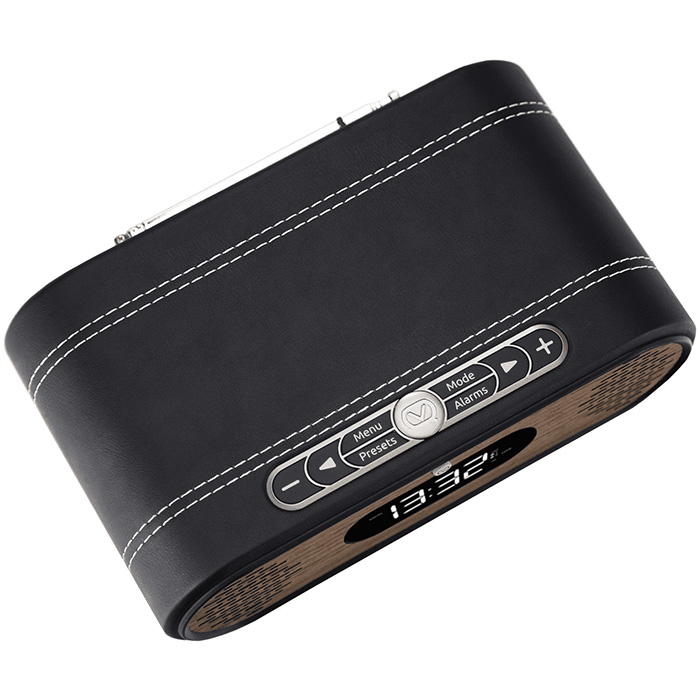 Unusually for a bedside radio alarm clock, the VQ Rosie Lee boasts full stereo sound. In our experience, the few models that offer this tend to sound a little sub-par; but not so with the Rosie Lee. Drawing on their previous experience with the likes of the Monty, and particularly the Susie Q, VQ have built a DAB radio that's equally effective in your living room as it is on your bedside cabinet. It's a powerful beast, with twin 5W speakers adding up to a total 10W output. The sound quality is crystal clear, and the bass in particular is very impressive. We found that the Rosie Lee coped equally well with music and speech making it a great all-rounder. And if you want to tweak the sound to your own preferences, there are some EQ settings to explore as well.

As we've already said, the Rosie Lee is marketed as a bedside DAB radio. It only makes sense, then, that it has an alarm function included. In fact, it's got two of them, so you can get a bit of an extra lie-in at the weekend. You can either wake up with a classic beeping alarm, or- which makes more sense given that this is a radio- the radio! Unlike the Lark, it doesn't have the option to fade in the sound from the radio.

As with all the brand's DAB radios, the VQ Rosie Lee has built-in Bluetooth connectivity. That means you can link up your smartphone or tablet and enjoy your own choice of music. It's also great for listening to audiobooks and podcasts- an increasingly popular bedtime habit amongst many these days.

One last thing to mention is that the Rosie Lee also has a USB charging port on the back. This is useful for keeping your phone powered up overnight, especially if you're using it to listen to content from your phone as you drift off to sleep. Sadly this port doesn't let you play music via USB, but it's still a very handy addition to an already excellent bedside radio. 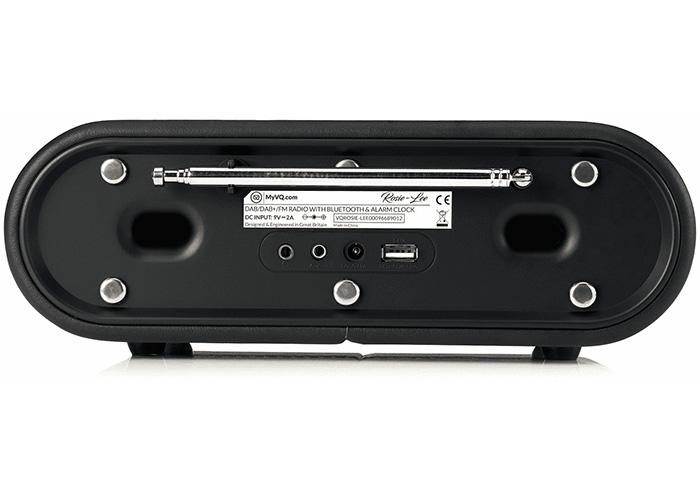 VQ have another hit on their hands with the Rosie Lee. Not only does it look fantastic, but it also a joy to listen to. It also includes a host of features that make it ideal for use as a bedside DAB radio alarm clock- but with full stereo sound and a powerful output, it would be equally at home in any other room in the house.