The VQ Christie DAB Radio is an impressive-looking model with plenty of pedigree. We've rated VQ radios highly in the past, but does the Christie live up to the brand's reputation? We gave it a test run in another of our in-depth reviews- read on to find out how we got on. 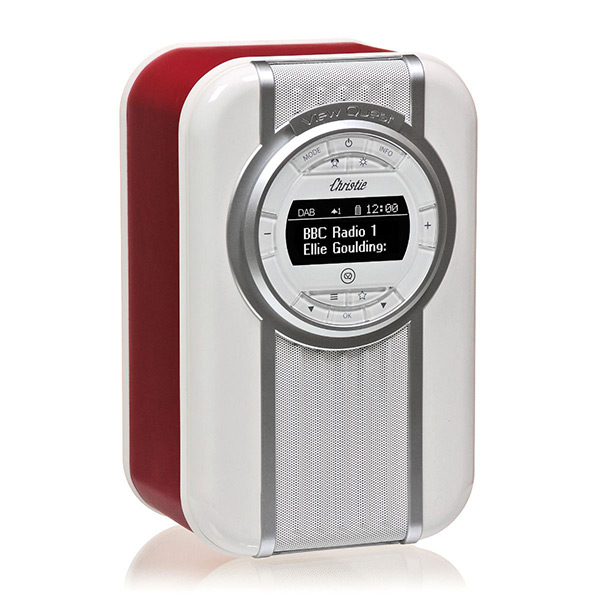 It's safe to say that we're highly impressed with the design of the VQ Christie. The build quality on it is simply superb. The radio itself has a decent bit of weight to it, and it is made from premium materials. The front plate is real enamel, which is a nice touch since most are just made from plastic. Around the outside of the Christie is a leatherette casing, which comes in a huge range of different colours to perfectly suit your interior decor. To stop those materials from getting scuffed or scratched, there are little rubber bumpers all around the radio too- these have the added benefit of holding the Christie nice and firmly to whatever surface it's sitting on.

The screen is bright with large text that's easy to see from across a room. However, there's more to the screen than meets the eye. Thanks to a handy little tab on the top, you can rotate the screen to switch between horizontal and vertical modes. This means you can slot the VQ Christie in wherever you like in your home, making it one of the more versatile DAB radios on the market. 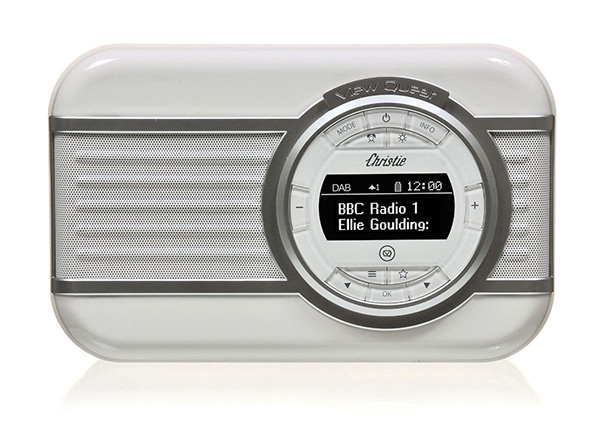 Design-wise, the VQ Christie is essentially a smaller version of another VQ model, the Susie Q. When it comes to sound, though, the Christie is right up there with many larger models. A powerful 10W speaker driver provides a powerful punch, with what VQ call "ultra-wide premium sound". Despite its relatively small size, the Christie can comfortable fill even large rooms with clean, clear sound.

Many smaller DAB radios have trouble pumping out bass. To help give it a bit more presence, the Christie has a bass reflex port on the back to help extend the lower frequencies. In practise this works well, as the Christie provides rich low-end without it overpowering the rest of the sound. For this price point, the VQ Christie is a fantastic all-rounder, with the kind of sound you would expect from a much more expensive model.

One thing to note is that even on its lowest setting, the Christie isn't particularly quiet. During testing, we found that having the volume about a third of the way up was the sweet spot for personal listening- loud enough to fully enjoy the music, but not so loud that you can't carry on a conversation with someone else in the room. 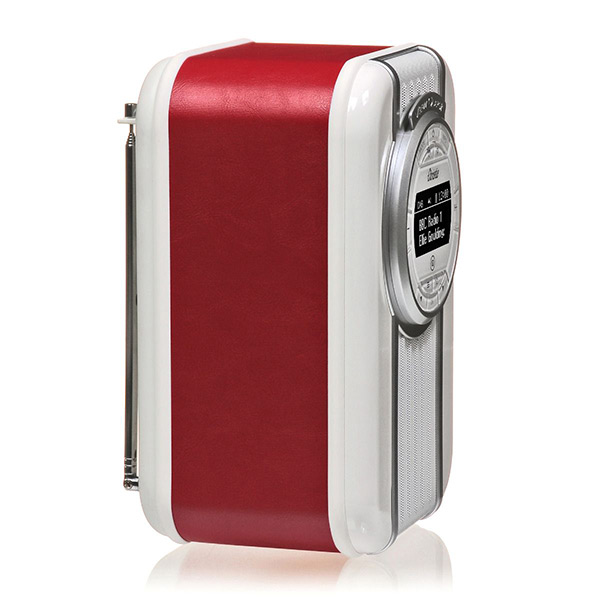 Setting up the VQ Christie is all very simple, and only takes a couple of minutes. Switch it on and jump to the DAB mode, and the radio will automatically start scanning for stations. It also takes the time and date from the DAB signal, so there's one less thing to worry about. With dual alarms and a timer mode, it would make a great bedside or kitchen radio.

The Christie is more than just a DAB radio, though. It also features built-in Bluetooth connectivity, so it's equally suitable for use as a standalone Bluetooth speaker as well as a DAB radio. It even has NFC connectivity, so if you've got a compatible smartphone, then you can pair it up with just a quick tap. To keep your phone powered up while you listen, there's a USB charging port on the back of the radio. There's also an aux-in jack to connect up devices without Bluetooth, and there's even a headphone jack back there for personal listening, too.

The Christie is also available with a rechargeable battery pack. This offers up to 25 hours' listening from a single charge, making it an even more versatile model. Whether you want to use it as a portable Bluetooth speaker, or just tune in to the radio when you're away from a plug socket, it adds plenty of value to the VQ Christie for a very modest price.

We're extremely impressed with the VQ Christie.  With great audio to match its high build quality, this is a DAB radio that's sure to impress. If you want to get plenty of bang for your buck, then the Christie is definitely worth considering.

Can I Get Digital Radio In My Area?