The Pure Evoke C-D4 is a compact, all-in-one music centre. With DAB, Bluetooth, and a CD player, it certainly offers a lot on paper. But how does it perform in practise? Our audio experts put it to the test in another of our in-depth reviews. Read on to find out what we thought of it!

The Evoke C-D4 follows the same basic design as the rest of Pure's ever-popular Evoke range. Crafted from real wood, it's available in walnut for those who like to keep things classic, or black for those who prefer something a little more modern. On the front of the unit, a plastic panel houses all the radio's controls. This includes separate dials for the volume and tuning into stations- a small touch, but one we always appreciate. In fact, all the controls are nice and simple. It shouldn't take more than a few minutes for most users to get to grips with them.

What sets the C-D4 apart from the likes of the Evoke H3 is that it is more than just a DAB radio. With the addition of a CD player, the C-D4 is intended more as a compact all-in-one hi-fi. We'll get into these additional features later, but design-wise, we think that Pure have got the size of the Evoke C-D4 just right. It's compact enough to fit in wherever you need it to without taking up too much space. You could even use it as a bedside radio if you wanted to.

The build quality of the Evoke C-D4 is genuinely impressive. The real wood casing is solid, which has an effect on the sound performance- more on that in a little while. It also means that the unit itself is fairly heavy. Alongside the rubber nubs that keep it steady, it's therefore unlikely that you'll knock the C-D4 over by accident. 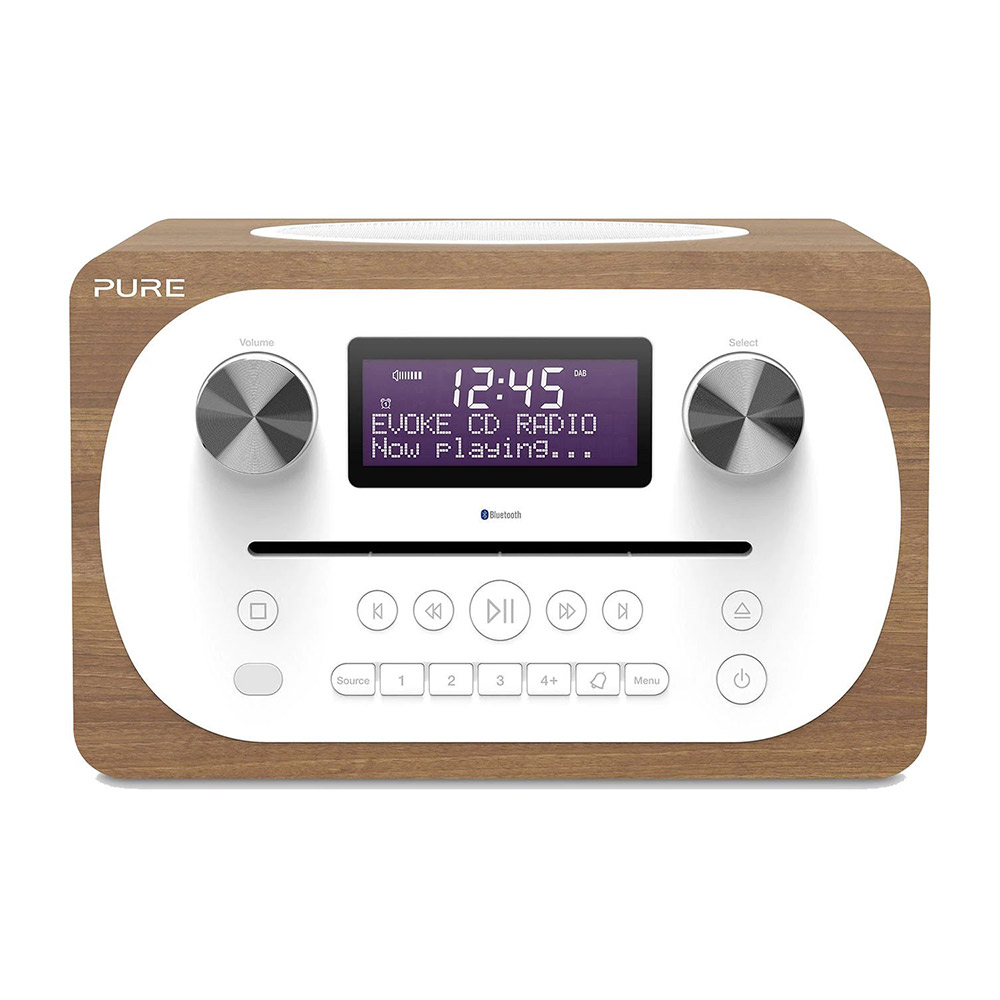 In terms of output, the Pure Evoke C-D4 is mono, rather than stereo. This is somewhat unusual for CD players, which tend to be stereo. However, it's very much par-for-the-course for DAB radios and compact hi-fis. Despite only having a single speaker, the C-D4 is a powerful beast, offering very direct audio that's perfect for rock music and speech content- while still giving a pleasing performance for other types of music, too.

As we mentioned earlier, the use of real wood here has an audible effect on sound performance. It gives the Evoke C-D4 a nice natural resonance, especially in mid-range, which is perfect for listening to music. As is often the case with DAB radios, the Evoke C-D4 is perhaps a little lacking in bass. Many speakers of this size have a dedicated woofer to handle bass. However, given that the CD player takes up the space that this would normally be in, we can forgive this. The C-D4 makes up for any shortcomings through its sheer power and careful balance of high-end and mid-range. 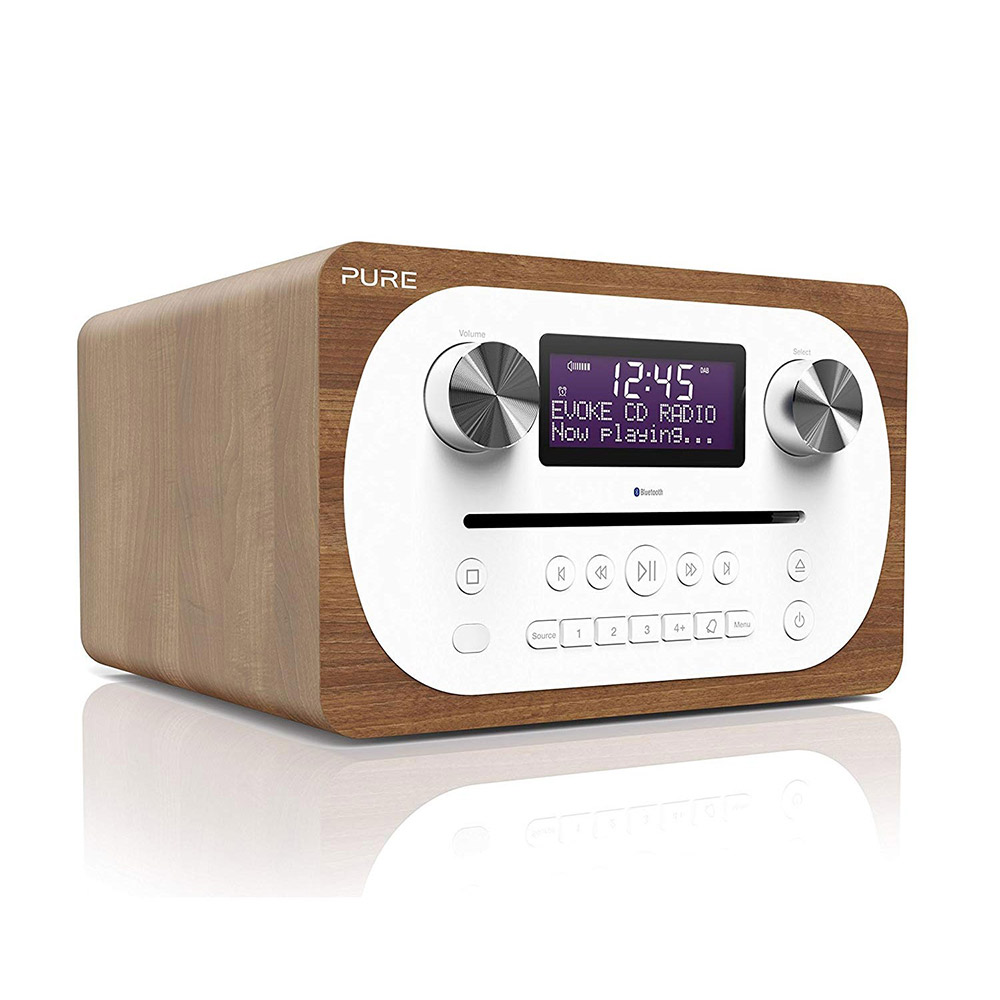 The main feature which sets the C-D4 apart from the rest of the Evoke range is the addition of a CD player. Most of us still have CDs lying about the house, and the Evoke C-D4 is the perfect excuse to revisit all those old favourites. It also includes Bluetooth connectivity, allowing you to stream music from your phone or tablet. And for devices without Bluetooth, such as an iPod, there's also a 3.5mm aux-in port as well.

Despite its multiple modes and features, the Evoke C-D4 is incredibly easy to use. It even comes with a remote control, for if you don't feel like getting up to change stations or skip tracks. 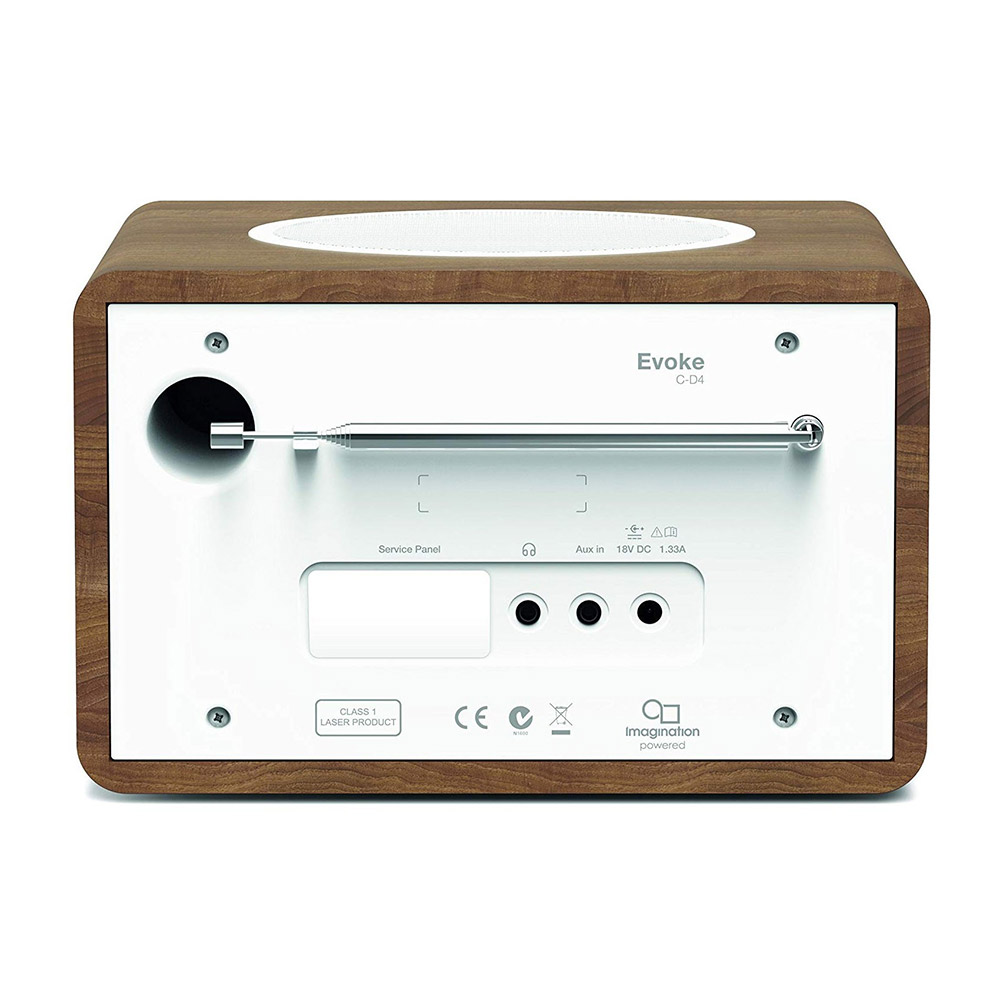 On the whole, the Pure Evoke C-D4 is a good-quality radio and CD player that's certainly worth considering if you're in the market for a compact hi-fi system. Its pleasing sound and range of connectivity options make it a very versatile unit, as does its compact size. It may not be the cheapest option on the market, but its overall quality makes it a tempting offering.