Over the last decade or so, streaming has become the main way most of us listen to music. There are now dozens of different platforms to choose from, and a host of speakers which can directly stream all your favourite tracks. To help make navigating the world of music streaming a little easier, we've put together the following guide.

Most major streaming platforms offer a free tier for those who don't want a paid subscription. Of course, there’s a catch to this. On Spotify, free users will hear an advert every 15 minutes, and you can’t use features like Spotify Connect. With Amazon Prime Music, you’ll only have access to 2 million tracks, compared to the 50 million that paid users can listen to- and you already need a Prime subscription to access the free tier.

There are a couple of major platforms who don't offer a free tier at all. Tidal offers a 30-day trial period for you to make your mind up, while Apple Music have a more generous three-month trial period. If you want to keep using them after that, then you'll need to start paying. Generally speaking, premium audio streaming memberships cost £9.99 per month. But which offers the best value for money? Let's take a look! 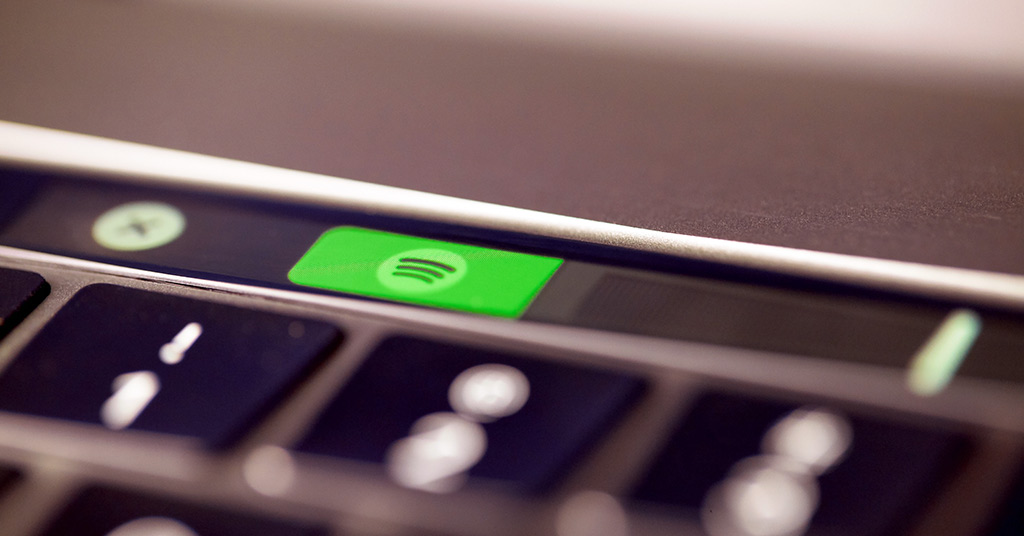 What is the best streaming service?

Ten years ago, the answer to this question was simple. Spotify was the only show in town, and as such it became many people's first experience with streaming. Now, though, the streaming field is getting increasingly crowded, as tech companies vie for a slice of the pie. Which one is the right platform for you? That all depends on exactly what you are looking to get out of it. Whether you want something that the whole family can use, or to provide audiophile-grade streaming, there's a platform for you. Below, we take a look at the four most popular choices. 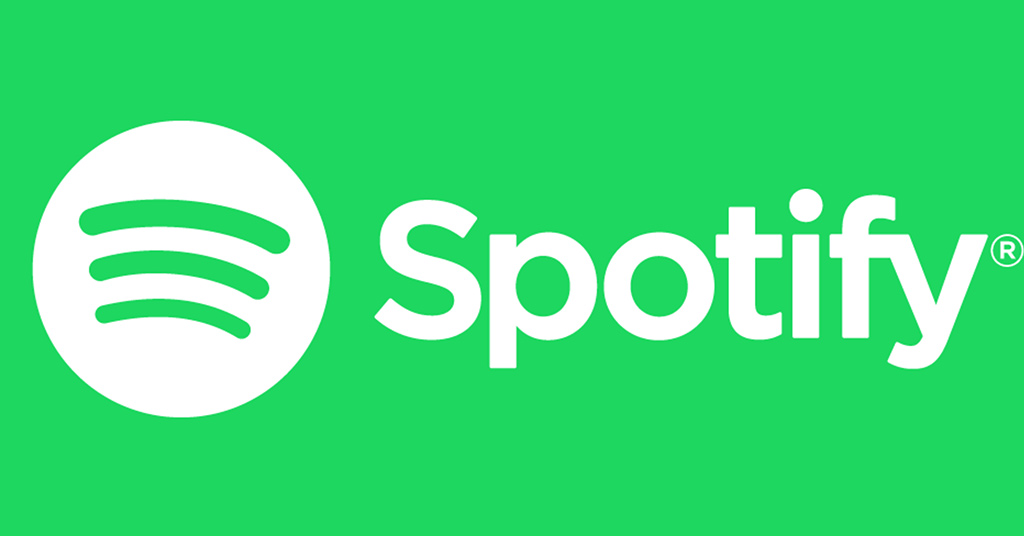 For many, Spotify is synonymous with streaming, making it the default choice. Having dominated the industry from the beginning, they continue to lead the pack with over 200 million active users worldwide. There are now more than 30 million songs available to stream on Spotify, so whatever you're into, it's highly likely that it will be available.

There are definite benefits to being the most popular choice. If you want to easily listen across multiple devices, then Spotify is the way to go. That's because of a neat feature called Spotify Connect, which comes built-in with most WiFi-enabled speakers and TVs and lets you stream music directly. Unlike a Bluetooth speaker, the music won't drop out if you move out of range or play something else on your phone. Spotify Connect used to only be available to Premium subscribers, but recently became available to free users as well.

Spotify is also the most social music streaming platform. Not only is it exceptionally easy to find curated content from other users, but most social media sites make it super-simple to share songs and playlists with your friends and followers. And at the end of each year, feeds are filled with Spotify Wrapped, which sets out your listening habits over the previous twelve months.

The one downside to Spotify is that it’s not great for listening to your own music files. Unlike other platforms such as Apple Music, there's no option to upload files into the cloud to listen on other devices. It is possible to transfer music from one device to another, but it requires you to download them, rather than stream directly. This won't be a deal-breaker for most people, but it is something to think about. 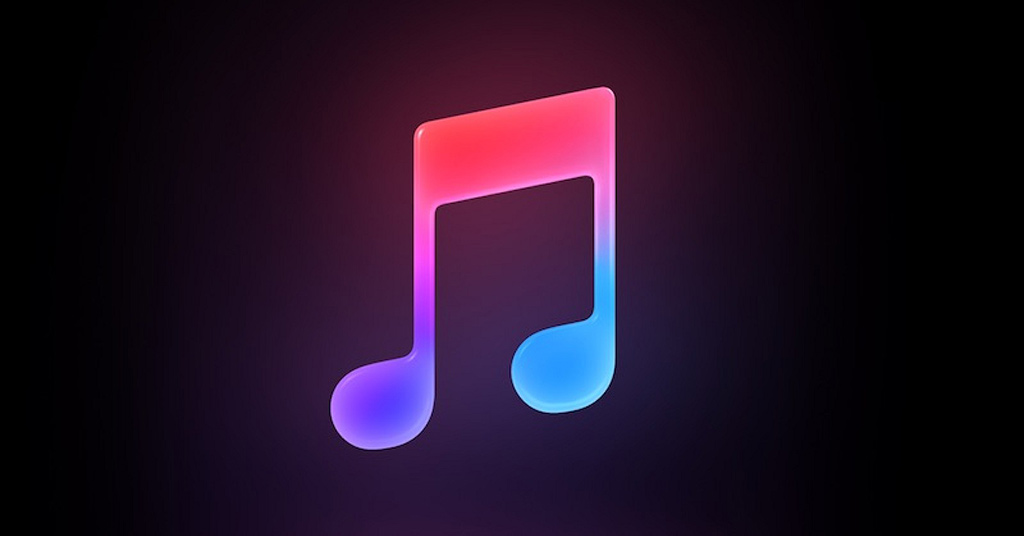 Apple came to the party a couple of years after Spotify, but they haven't wasted any time playing catchup. With some 45 million tracks available, they offer an even bigger selection of music than their biggest rival. What's more, they make it easy to add your existing library in just a few clicks.

From our experience, the best thing about Apple Music is curation. Think of pretty much any artist or genre, and there will be multiple playlists- hits, deep cuts, influences- that have all been created by an actual person. On Spotify, these playlists are generated by algorithms, so you mostly just get whatever has been streamed the most. Their "song radio" feature, which builds a station around any song, is also a bit more on-the-nail than Spotify's equivalent.

The only main downside to Apple Music is that it’s very Apple-centric. As we mentioned above, Spotify can work directly with a huge range of tech. Apple Music, though, only works with devices that have Airplay- which isn't a whole lot. Yes, you can always stream wirelessly via Bluetooth, but it lacks the easy connectivity of Spotify. 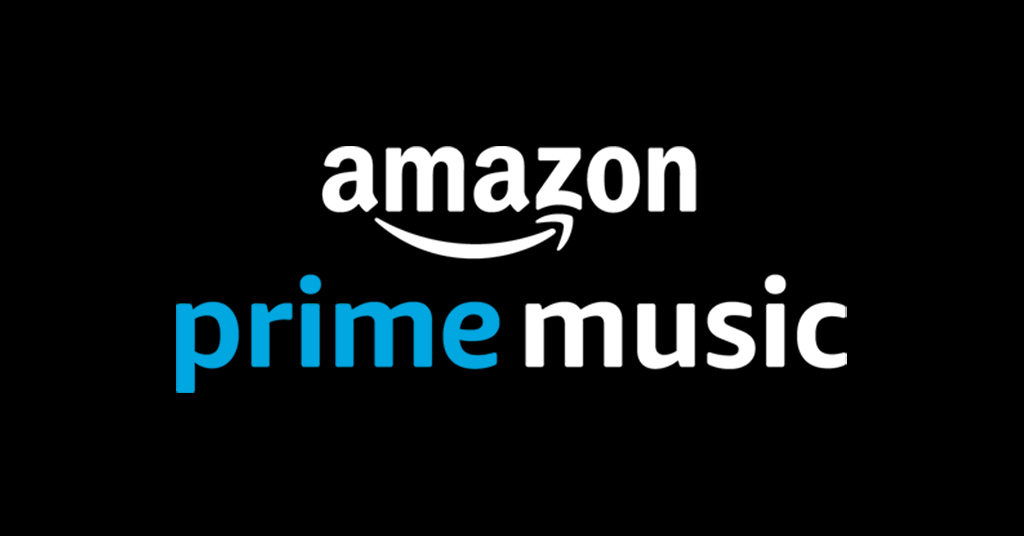 Strictly speaking, there is a free tier of this available- but only if you already have a paid Prime subscription. This doesn’t include adverts, but it does feature a limited catalogue of music. If you want access to everything available on other platforms, then you’ll have to stump up for a standalone membership to Amazon Prime Music Unlimited- which is cheaper than the other options listed here, but comes on top of your Prime membership. The free version is good enough given that it is free, but if you want to enjoy the full benefits of music streaming, then you’ll want to choose the paid tier.

As you’d expect, Amazon Prime Music is built to work with Alexa. If you already use Alexa-enabled devices at home, then you'll find Prime Music fits right in. While there aren't as many features as other platforms, it does include plenty of curated playlists, as well as more tracks than Spotify and Apple Music. If you're only interested in a standalone music streaming service, then Amazon Prime Music Unlimited will work out more expensive than other platforms. If you already have a Prime subscription, though, it makes sense- as you’ll save money compared to other platforms. But if you just want a standalone streaming service, then this probably isn’t for you. 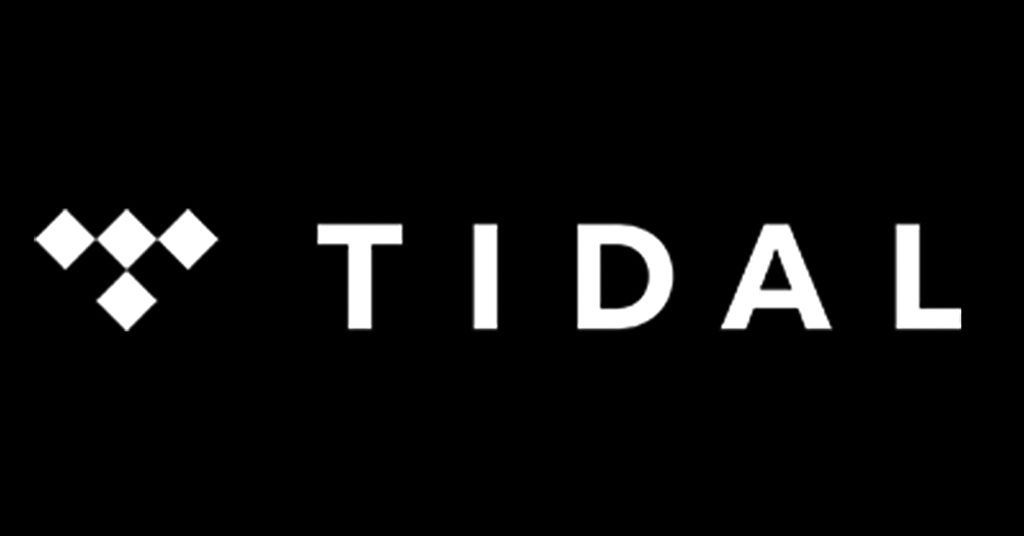 When it first launched, Tidal made quite the splash. Owned by musicians, it was supposedly going to transform the world of streaming forever, with exclusive releases by the likes of Beyoncé and Prince. While that didn't quite work out the way it was planned, Tidal has still carved out a niche for itself as the streamer-of-choice for audiophiles. As the only major platform to offer truly high-fidelity audio

The standard version of Tidal available for £9.99 a month. There is also a level above this, called Tidal HiFi, which costs £20 a month. While it's more expensive, it allows users to stream studio-quality FLAC files- a huge step above the standard MP3s other platforms use. If you've invested a lot in your hi-fi setup, then this membership will let you really get the most from it. But even on the standard subscription tier, Tidal still streams at a higher quality than most other platforms.

One final thing to note: Tidal offers music videos, too. There are a limited selection of videos available on Apple Music, but Tidal trumps that with over 250,000. If you like the idea of playing as an MTV VJ, then this feature is well worth checking out.

At £10 a month, streaming is cheaper than purchasing just one album. With the average person listening to around 18 hours of music a week, streaming could potentially save you a lot of money in the long run. You'll have instant access to all your old favourites, as well as

When MP3s first took off, a lot of people preferred them because they were more convenient than CDs. You could access your whole library without needing to change a disc. Streaming takes that to the next level, in that you can access it from multiple devices- the ideal solution for the digital age. Save an album to your library or create a new playlist, and it will be waiting for you wherever you want to access it.

Following on from the last point, there are now a huge range of different devices you can use to stream music.

Music is meant to be shared with others, and streaming makes that easier than ever. Spotify were the leaders here, but other platforms have started to catch up, too. Not only can you follow your friends to see what they're listening to, but you can also easily share tracks and playlists directly to social media, too!

Can all speakers stream music?

The answer to this depends what you mean by “stream”. If you’re playing music through your phone or laptop, then yes- you can connect these up wirelessly via Bluetooth (if compatible), or through a 3.5mm aux cable, to pretty much any powered speaker. Virtually all modern speakers and DAB radios now come with Bluetooth connectivity. If you go down this route, you'll be spoilt for choice- we've picked out some of our favourites here.

Bluetooth generally compresses the audio so that it can be beamed to the speaker quicker. This means that in some cases, it won’t sound as good. The only exception to this is aptX Bluetooth, which transmits mpatible devices at a higher bitrate for better sound quality. You'll generally only find this in more expensive speakers at present, although it is becoming more affordable.

If you want the speaker itself to stream music directly, then you'll need to look for one with WiFi connectivity. These include multiroom speakers and smart speakers, so again there's plenty to choose from. 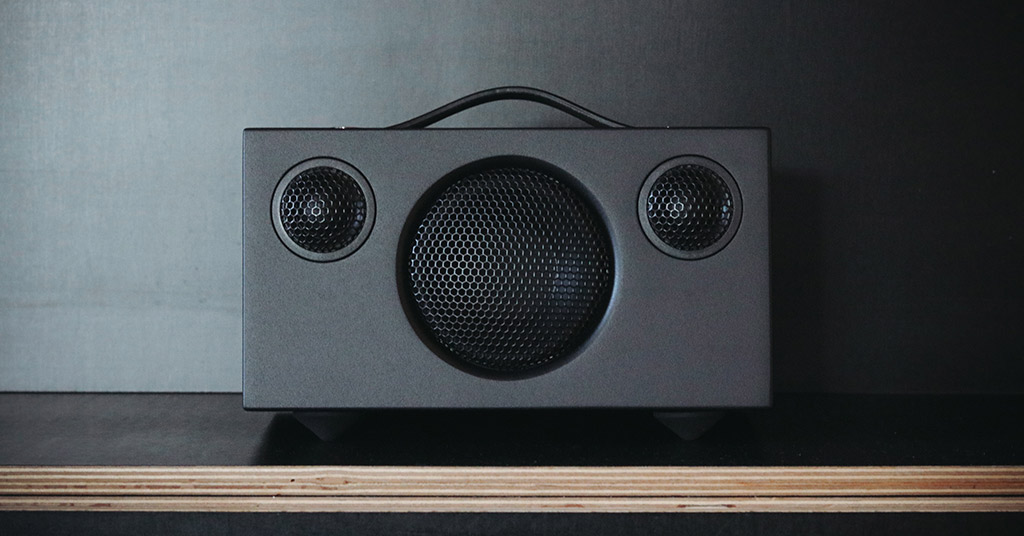 Music streaming speakers are very easily accessible nowadays. If you've got even a cheap smart speaker, then you can stream music on that already. The only issue with these is sound quality- it's nowhere near what you'd get from a decent quality (albeit more expensive) connected speaker. The models we've picked here all offer multiroom connectivity as well. You can find out more about that here, but essentially, as the name suggests, they let you link up multiple speakers throughout your home.

If you want a speaker system that does it all, then the best option is Audio Pro. These speakers offer plenty of bang for your buck, with powerful drivers expertly engineered to provide the best possible sound quality. As well as working through a dedicated app, you can also connect via Bluetooth to keep things simple. The Addon C3 is a great place to start, as it includes a built-in battery. That means you can enjoy your music just about anywhere!

Revo are also a solid choice, especially if you want a look that's worthy of an audiophile. The SuperConnect lives up to its name, offering a huge range of music streaming options all wrapped up in a beautiful design. Another advantage of Revo is that they use an app called UNDOK. Unlike the likes of Sonos and Audio Pro, this is a universal app that works with speakers from multiple brands, such as Roberts and Ruark. While Revo are a little more expensive than some other streaming systems, the "wow factor" of the design makes it worth that extra money. 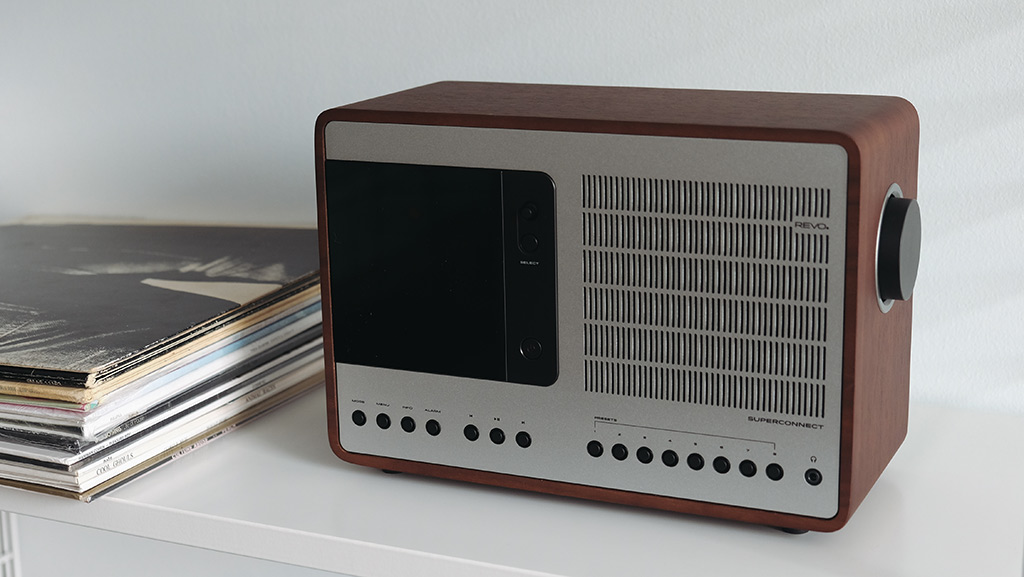 Lastly, we should mention the one company who have done more than anyone to bring streaming speakers into the mainstream: Sonos. Their products provide superb sound quality, and there are a range of speakers to choose from depending on your budget and how you want to use the. The only drawback to Sonos is the price, as they are considerably more expensive than many of their rivals. This isn't much of an issue if you are just buying one speaker, but if you want to build a full multiroom setup, you'll find that the price quickly shoots up. 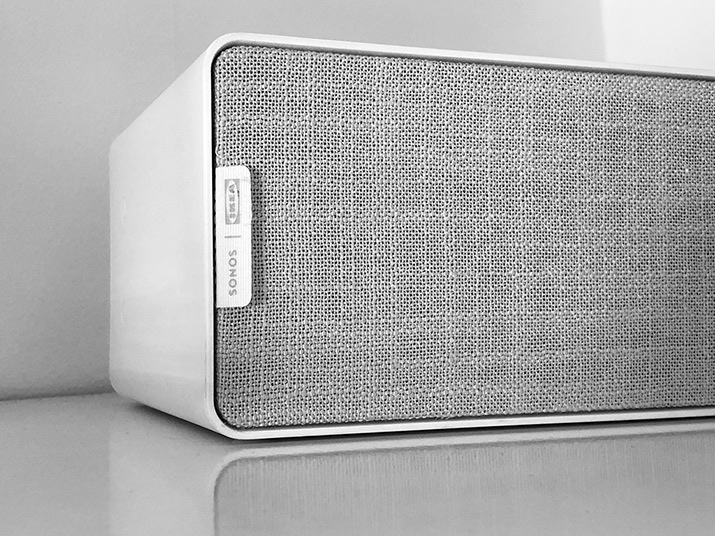