The Motorola TLKR T60 is one of the brand's mid-range models. Offering up to 8km maximum range and sturdy build quality, it certainly looks good on paper. But how did it perform in practise? We put this two-way radio to the test in another of our rigorous reviews- read on to discover how we got on!

When buying a new two-way radio, the maximum range is the obvious place to start. Many brands claim a maximum range that's nowhere near what you'll actually achieve in practise. Plenty of things can have an impact on the range- if you're using it in a built-up environment, for instance.

On paper, the Motorola T60 offers up to 8km range. That's slightly further than the standard 6km you can expect from the majority of walkie talkies. While it isn't quite as far as radios that we might label as "long range", it's definitely approaching this.

In practise, they aren't going to provide that maximum range unless you fancy having a chat from one mountaintop to another. But the TLKR range has a well-earned reputation for giving you a bit more distance than other models. When we tested the T60 out near the liGo office, we achieved range of just over a kilometre- which is about what you'd expect from a built-up area. For comparison, we found that the T60 outperformed similarly-priced rivals from Cobra and Binatone. The fewer obstacles around, the further the signal will stretch; so bear this in mind when considering how you will be using your radios. 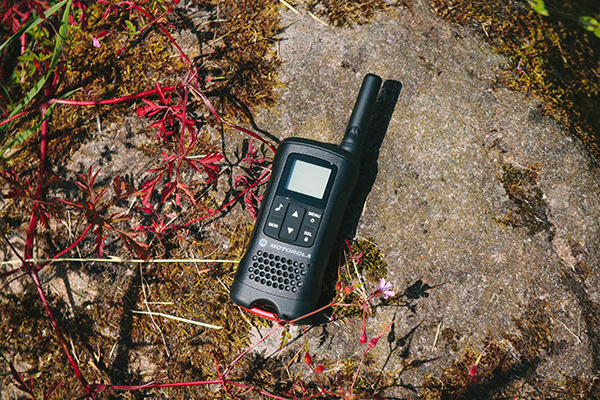 In general, Motorola two-way radios are very easy to use. That's also true of the TLKR T60. The controls are all very user-friendly, and there's not much more to it than just picking it up and using it. So long as all your radios are paired to the same channel- there are 16 to choose from- you'll be able to keep in contact at the touch of a button.

But what if you have your hands full? Luckily, the Motorola T60 also has VOX functionality. This means you can use it hands-free. That makes them a great choice for the workplace, where you might need to multitask as you talk. In practise, we found this feature worked very well, picking up our voices without clipping off the ends of sentences like some models can.

It sits nice and comfortably in the hand, and it's very light at 104 g per handset (without the batteries inserted). That makes it very easy to use for long periods of time. It's light enough that it won't slow you down if you're holding other things, but not so light that it can accidentally go flying out of your hand. 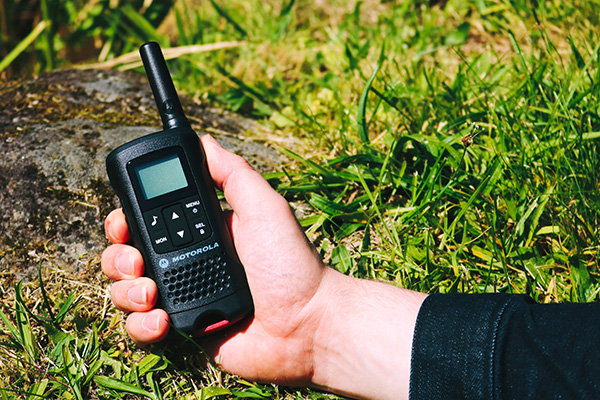 Given the price, the Motorola TLKR T60 doesn't have all the bells and whistles of more expensive models like the T92 H2O. Nevertheless, it's still a solid performer which includes some useful features that plenty of users will appreciate.

As we've already mentioned, it includes VOX for hands-free use. Whether you're working in a warehouse or hitting the ski slopes, this really opens up your options for how you can use these walkie talkies. To make them that much easier to use, the T60s also come with belt clips. There's also a red loop you can see at the bottom of the radio in the image below. This allows you to easily tie it on to, say, your backpack while you're out hiking, if it's not convenient to clip the radio onto your belt.

The Motorola T60 has a strong battery life, providing up to 16 hours' use. What's more, they also come with battery packs included, saving you money on disposable batteries in the long run. If you look after the batteries properly, then you should find they last you years. Recharging them is also very simple, as each twin set comes with its own charging pod. The TLKR two-way radios all come with a charging pod. You don't have to plug a wire into the radios themselves, as you need to with the TALKABOUT range. Instead, just pop them in the pod and they will start charging up. That adds to the overall ease of use, and it also lessens the chance of you breaking the charging cable and having to buy a new one. 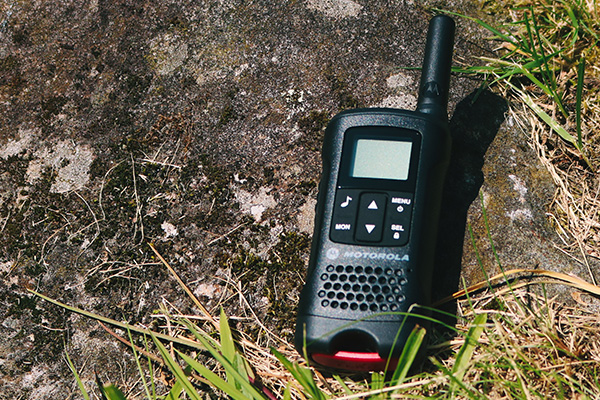 As a mid-range two-way radio, the Motorola TLKR T60 is an excellent choice. Remarkably easy to use and with reliable range, these walkie talkies are great for professional and casual users alike. Best of all, as license-free radios, they will work straight out of the box with no additional charges, and can sync up with other PMR 446 walkie talkies, too.