Mesh WiFi Vs. WiFi Repeaters: Which Is Right For Me?

As anyone who lives in a medium or large property will know, it can be tricky to get a reliable WiFi signal in these buildings. Even if you have a reasonably powerful router, it may still struggle to reach every corner of your home. Some rooms get a decent connection, but others can be complete WiFi blackspots- especially if you have thick walls. It’s an annoying problem, but luckily there are ways to fix the issue. If you’re looking to extend your WiFi signal, then there are two main options: WiFi repeaters and mesh routers. Each comes with their own pros and cons, but overall mesh has the edge. In this blog post, we’ll be exploring just what makes mesh WiFi routers such a solid choice, and why WiFi repeaters simply won’t cut it in today’s interconnected age.

Are WiFi repeaters still up to standard?

WiFi repeaters have been around for a while now. When first released, they were a godsend; allowing users to overcome the often limited range of older routers. As time goes on, though, this once cutting-edge technology doesn’t look so incredible anymore. Their faults become more and more apparent, and the need for a new solution is greater than ever.

For one thing, WiFi repeaters commonly sacrifice speed for greater range. Usually, you’ll find that the connection from a repeater has only half the bandwidth of your main router. While they will reach further, the signal from them will be sluggish and unresponsive. In an era of smart homes and superfast broadband speeds, this is far from ideal. For instance, many people- especially teenagers- have games consoles in their bedrooms, where your router might not reach. A repeater could help with the problem, but you’re never going to achieve the sort of connection speeds needed to enjoy consistent, reliable online gaming. The same thing goes for streaming films and TV; you’ll frequently have to wait for the stream to buffer, which can ruin your viewing experience.

The main issue with this technology, though, lies in the way that it works. Rather than providing a seamless link to your main router, repeaters set up a whole new network for you to connect to, along with its own password. This means that you’ll quickly run into issues if you try to use the internet while you roam around the house. Most devices will automatically switch between the two networks when one drops out of range. Yet this process isn’t instant. You’ll therefore lose connection as the device changes networks- so forget about walking around the house while Skyping friends and family.

Thankfully, mesh WiFi solves both of these issues. Also known as whole home WiFi, it is a relatively new invention. Mainstream mesh routers have only been around for a few years, but they are already transforming the technology landscape as we know it. Instead of putting up with blackspots or slow bandwidth, users can now enjoy seamless, consistent connectivity across their entire property.

Unlike WiFi repeaters, mesh routers don’t just latch onto your main router signal. Instead, they all work together to create their own network, which then extends throughout your home. It’s simplest to think of each node as a stepping stone- they pass the bandwidth along a chain, with very little loss of signal strength at each step. Unlike repeaters, which only latch onto your existing router, mesh nodes work together. Most will automatically steer your device towards the best possible connection, which is perfect for phones and laptops. Instead of having to manually switch from one network to another to get a stronger signal, the mesh nodes will take care of that for you. 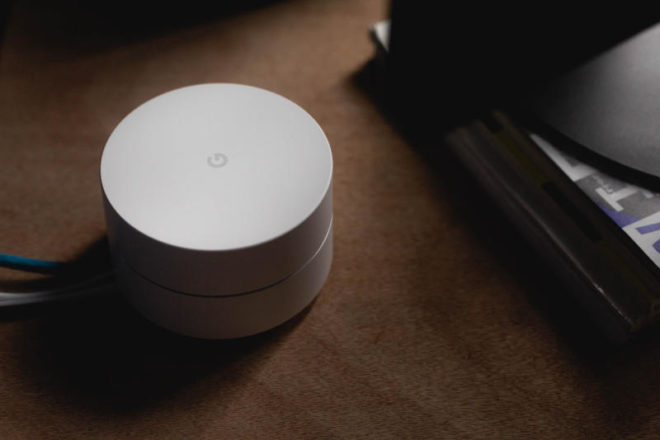 What’s more, mesh routers tend to be a lot more powerful than conventional routers. The  majority of users will likely stick with the free router from their network provider. However, there’s a reason why these are given away. They are a cheap to produce, since they don’t utilise the full power of modern networking technology. On the other hand, mesh is built with today’s interconnected homes in mind. It’s not uncommon for a dozen devices to be hooked up to a single network. This is especially true with smart home technology on the rise. That’s why mesh routers all use either dual-band or tri-band radio bands. The extra bands mean they are significantly more powerful than single-band routers. They also mean the nodes can communicate with each other, without draining the bandwidth.

That being said, there are certain disadvantages to mesh WiFi routers. Most significantly, they come at a considerable cost. WiFi repeaters can be purchased for less than £20, whereas most mesh units cost upwards of £150. That being said, if you can afford it, the benefits far outweigh the costs. Providing a major boost to your WiFi range for a one-off payment, they remain excellent value for money. Remember, many systems allow you to add on extra nodes as and when you need them. So, if you move into a larger property, or find that you need a little extra power,

Mesh WiFi routers are perfect for businesses, too

The extra range and power of mesh WiFi routers makes them ideal for modern homes. But mesh is also ideal for businesses, too. If you have a lot of employees connected to the same network, this will have a significant impact on bandwidth. Websites will be slow to load and respond, and in an era when many companies use Google Docs, that’s naturally going to be a major issue. On the other hand, a mesh WiFi network will go a long way to solving the problem, especially if you opt for a higher-end tri-band model. Since they are designed to accommodate many more users and devices at once, they are the perfect choice for busy offices.

What’s more, the additional coverage of mesh routers helps you to cover your entire premises with a single network. That’s great news if you have large premises which would otherwise need multiple networks to achieve full coverage. Instead, your employees can simply connect to a single network, which will then stretch across the whole of your business. No more having to switch between networks to find the one with the strongest connection. Mesh takes care of all of this for you!

Lastly, mesh WiFi is ideal if your business uses VoIP. In these cases, a strong internet connection is vital, and often a basic router just won’t be up to standard. The last thing you want is for the audio to cut in and out during a call, or even drop completely. This can be frustrating for both customers and staff, and may ultimately put businesses off using VoIP entirely. But rather than miss out on all the benefits that come with VoIP, mesh WiFi allows you to eliminate connectivity issues. You’ll get similar results to that of a high-end standalone router, with the added benefit of greater coverage across your property.

As you can see, then, there’s a huge range of advantages to mesh WiFi routers. Not only are they ideal for eliminating WiFi blackspots in your home or office, but they also represent a significant step up from standard, single-band routers. Plus, they don’t have all the annoying drawbacks of repeaters, such as signal dropout and slower bandwidth.  While they do come at a slightly higher price, they are undoubtedly worth every penny. Whether you’re connecting your home with the latest smart technology, or investing wisely in the best WiFi choice for your business, mesh is definitely the way to go.