The Lava BrightSounds 2 portable Bluetooth speaker certainly has a lot going for it. As well as providing you with tunes on the go, it also doubles up as both a USB powerbank and a nightlight. But is it a case of jack of all trades, master of none? We put it to the test in another of our in-depth reviews- read on to find out how we got on.

Standing at about half a foot tall, the Lava BrightSounds 2 is certainly built with portability in mind. Its a hardened polymer shell is tough enough to take a fair amount of punishment, while the speaker grille comes in either green, blue, or orange. That's all topped off with a neat faux-leather handle to make it easier to carry about. On the top, there are some on-board controls- play/pause, volume, and a button to either connect via Bluetooth or answer a phone call.

But the most notable design feature of the BrightSounds 2 is that it doubles up as a nightlight. The polymer shell is actually translucent, and when you press the lightbulb button on the top- the lamp springs to life! You aren't going to keep any ships from hitting the rocks with this thing, but it's plenty bright enough to light up a tent after dark.

Overall, the Lava BrightSounds 2 is a fairly durable speaker. It might not survive being dropped off a cliff, but it's definitely tough enough to cope with the rough-and-tumble of your average camping trip. It also comes with an IPX4 rating, which means it's protected from water splashes. All that makes the BrightSound 2 a great choice for camping, or just for using about the garden. 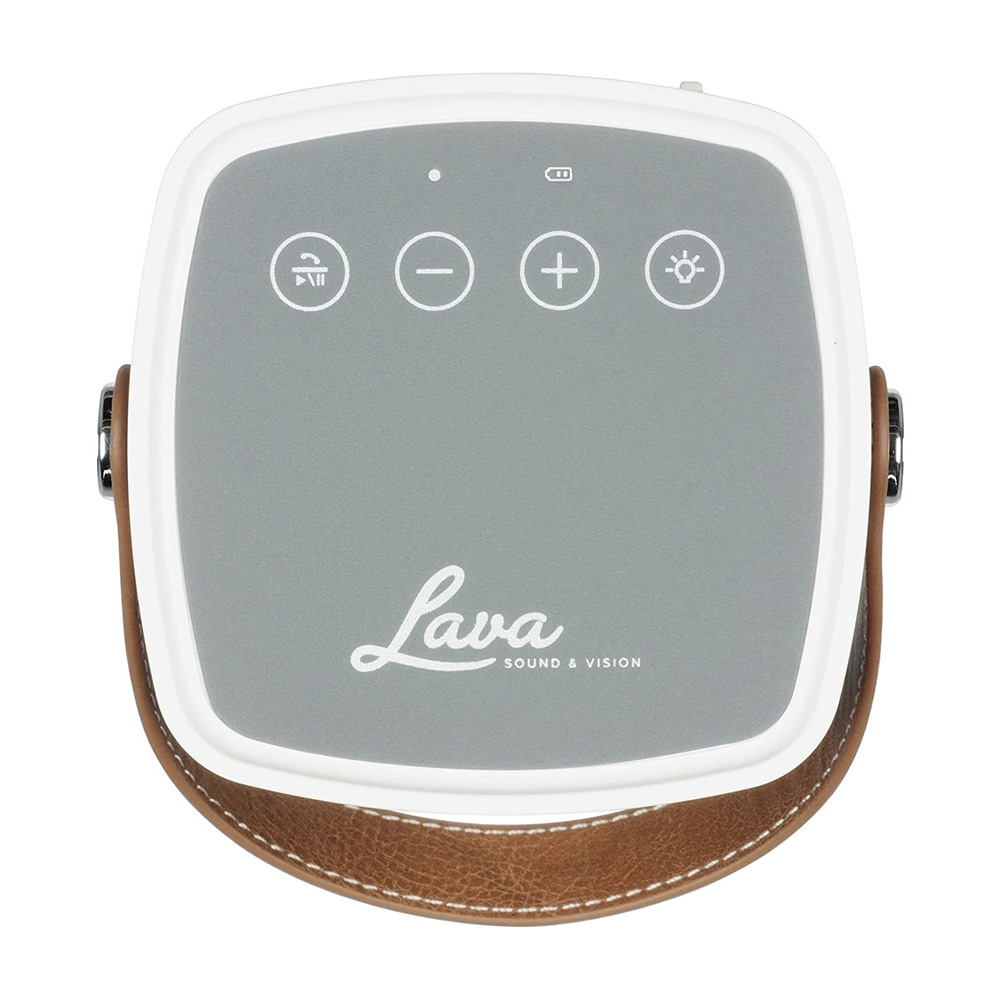 At its heart, the BrightSounds 2 leans more towards novelty than audiophile-grade speaker. As such, we didn't exactly have huge expectations for its sound performance. And it's true, the sound quality isn't the best we've heard for the price. That being said, we were pleasantly surprised by its output. The BrightSounds 2 provides a surprisingly well-balanced sound from its 5W speaker. In particular, the speaker can go fairly loud, which makes it even more suited to outdoor use. Even at max volume, it still manages to keep its cool- and that's not something you can say even for some expensive Bluetooth speakers. 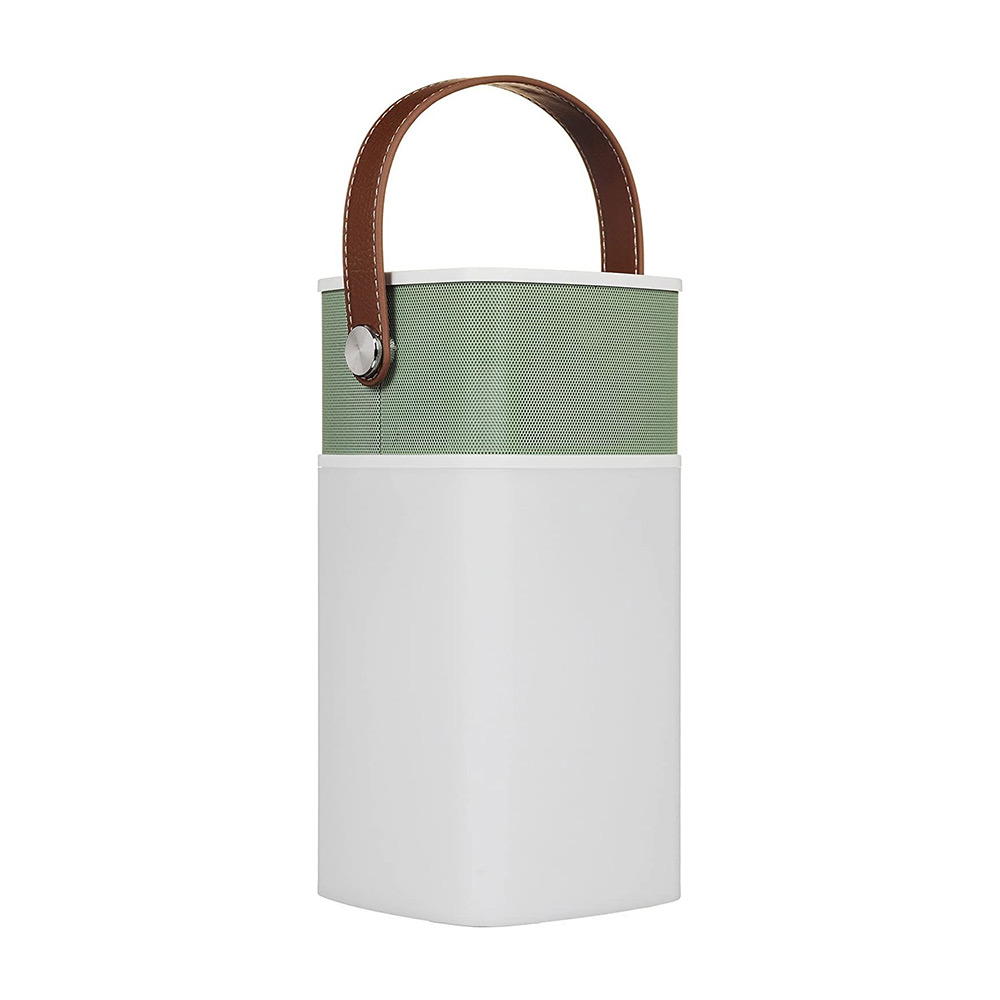 We've already covered how the BrightSounds 2 doubles up as a nightlight. But it also functions as a portable power bank, meaning you can use it to recharge your phone. There's a USB port on the back to plug into, which is covered up by a small rubber flap when not in use to keep it protected from water.

The battery life is also worth mentioning here. Lava claim that it offers up to 36 hours' battery life. During testing, we found that it fell a little bit short of that, but it still achieved well over 30 hours' use before the power ran out. That's just for playing music- naturally, it doesn't last as long if you also have the light on, or are using it to charge up your phone. However, the maximum listening time is a lot more than what we're used to from other Bluetooth speakers of a similar sort of size. 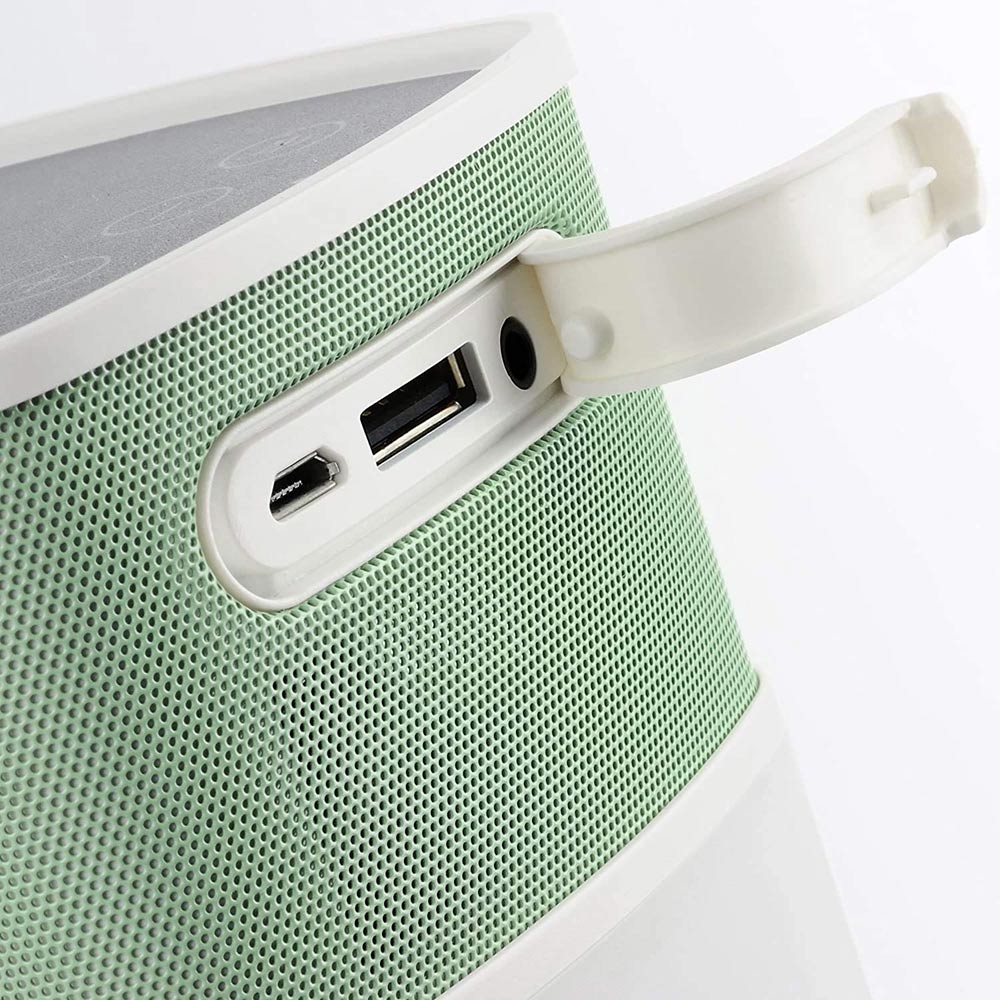 We were pleasantly surprised by the Lava BrightSounds 2. While it may not offer the best sound we've heard from a Bluetooth speaker at this price, it's still a solid performer. Those extra features more than make up for any audio shortcomings, and it's the natural choice for camping or in the garden. At this sort of price, a durable speaker with a built-in light is a great choice for kids, too.