The Como Audio Solo comes with plenty of audio pedigree behind it. The designer, Tom DeVesto, has spent decades working in the world of speakers, and was the man behind Tivoli Audio and Cambridge SoundWorks. Can the Solo live up to the high standards of his earlier radios? We put it to the test in another of our rigorous in-depth reviews.

We were immediately struck by just how classy the Como Audio Solo looks and feels. It's made from furniture-grade wood, and that really shows as soon as you take it out of the box. It even smells great, like when you buy a brand new coffee table. While not quite as heavy as you might expect, the Como Solo is nonetheless a solid piece of tech, kept steady by four rubber feet on the bottom.

We're big fans of Como's approach to design here, too. There are dozens of audio companies out there trying to capture that mid-century spirit, but not many get it right. Como are one of the few that do- the Solo is the perfect mix of timeless design and modern functionality. By keeping things simple, they have created a DAB radio that would genuinely look great in any home, regardless of your own personal style. As well as the hickory version that we reviewed, it also comes in walnut (pictured below), white, or black- the latter two with a very nifty piano finish. 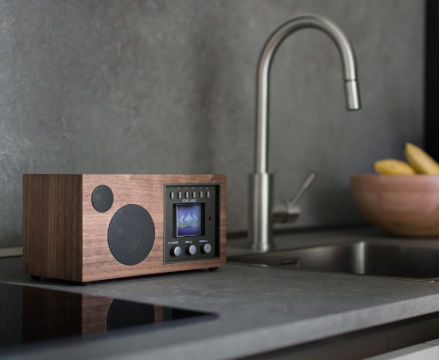 One thing that lets the Como Solo down slightly is the screen. The quality of it feels a little dated, and it's not as sharp as some other models. It can sometimes be hard to see what's actually on the screen unless you are at a certain angle. It's only a small issue, but it does let down the Solo's overall impressive design. Yet how a DAB radio looks isn't as important as how it sounds- so how does the Solo stack up in that department?

Firing up the Como Solo, we were impressed by just how rich the sound quality is from this speaker. Como aren't hiding anything here- on the front, the two speaker grilles show you the 19mm tweeter and 3" woofer, which are powered by a Class D digital amplifier. For those of you who don't know your audio tech, that's a pretty impressive setup, especially in a relatively small system.

The Solo is most comfortable around the mid-range, with a decent amount of weight to the bass as well. The high-end is okay, but it could do with being a bit clearer. On the whole, though, the Solo offers well-balanced sound across a wide range of music, as well as speech stations- it's a great little all-rounder. 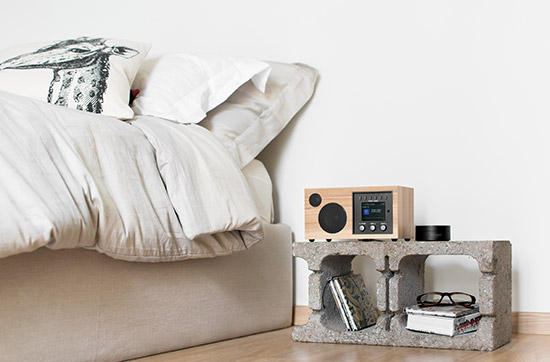 One thing to point out is that the Solo only features a mono speaker. You're able to get full stereo sound by connecting it up with another Solo, or with the company's portable speaker the Amico. Given the price tag, we would have liked the Solo to be stereo to begin with, but it's not a huge jump in price to the dual-speaker Como Duetto.

The big draw here is the Como Audio Solo's multi-room connectivity. It's one of the smallest DAB radios available with this feature, so it's great for use in a bedroom or similar-sized room as part of a larger setup. Using the UNDOK app, it works seamlessly with other Como radios. Just connect them all to your WiFi network, and you can then choose exactly what plays where- perfect for parties! What's more, the Solo will work with any other multi-room radio that uses UNDOK. This includes other brands like VQ, Revo, Ruark, and Roberts, so you're free to mix and match when creating your multi-room setup.

As a WiFi-enabled radio, you can also tune in to any of the 30,000 internet radio stations from across the globe. The Solo also features an impressive number of other connection options, too. These include everything from wired AUX and Optical-In connections, to Bluetooth and Spotify Connect. All this makes the Como Solo so much more than a DAB radio. 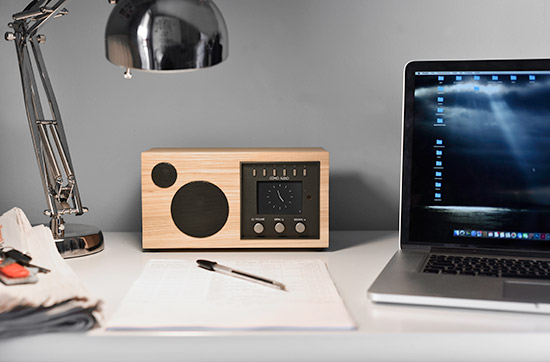 With all those features, you might think that the Como Solo is a little tricky to use. However, Como have worked hard to make all of their products as simple and streamlined as possible. However you like to listen, the Solo lets you tune in with just the touch of a button!

Above the screen, there are six preset buttons. Each of these can be assigned to pretty much anything you like, from Spotify playlists to internet radio stations. What's unique here is that you can access these presets at any time. Whether you've just turned the Solo on, or are already listening to something, you can switch the source to one of your favourites instantly. Of course, this means the number of total presets is limited to just those six- with other models like the Revo SuperConnect, you'd have six for DAB radio, six for internet radio, and so on. But on the flipside, this makes the Como Solo more user-friendly than any of those models.

While it is a little on the pricey side, the Como Solo offers plenty of bang for your buck. More than just a DAB radio, it's a great all-in-one music system, with the option to make it multi-room further down the line.