The Audio Pro Addon C5 is part of the brand's most recent multiroom lineup. It's undoubtedly a very stylish speaker, but does its performance live up to the look? We put the Addon C5 to the test in another of our in-depth reviews- read on to find out what we thought of it.

Audio Pro have developed a very distinctive design for their Addon range. With twin tweeters either side of a large central woofer, the C5 looks a little like a koala. We're big fans of this approach, since it gives the speaker plenty of personality while still being unobtrusive. Available in white, black, grey, or pink, it boasts a stylish Scandinavian design with a fresh, modern feel.

On the top, there's an aluminium control panel, which is coloured to complement the design of each particular model.  Along with a large volume control button, there are also controls to change the source, play and pause music, and some presets which we'll come to later. To top it all off, there's a neat leather handle embossed with the Audio Pro logo for the perfect finishing touch. 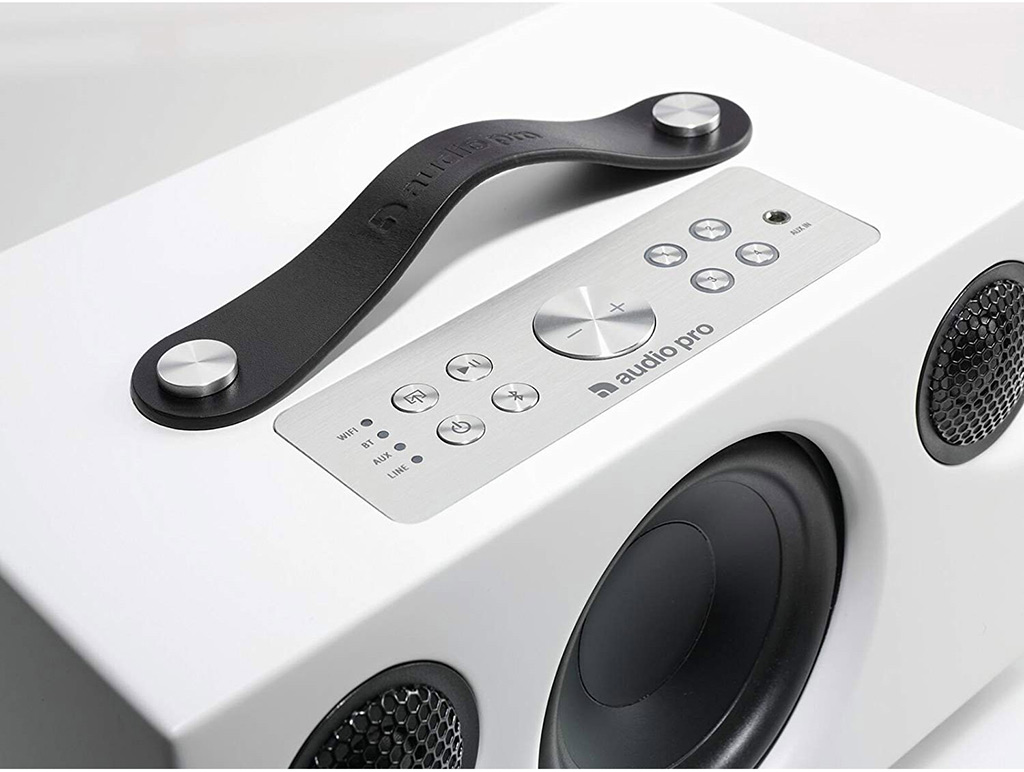 Don't get us wrong- we absolutely love the Addon C5's portable sibling, the C3. But when it comes to sound performance, the C5 blows it out of the water. Since it lacks the built-in battery, there's more space inside for audio hardware. It offers a whopping 40W total output, compared to the C3's 25W- so it's more than capable of filling larger rooms with superb sound.

That huge woofer on the front isn't just for show. It gives the C5 great control over bass tones for a really punchy sound. The twin tweeters, meanwhile, ensure that high-end doesn't get lost in the mix, while also giving the overall sound a good wide spread. 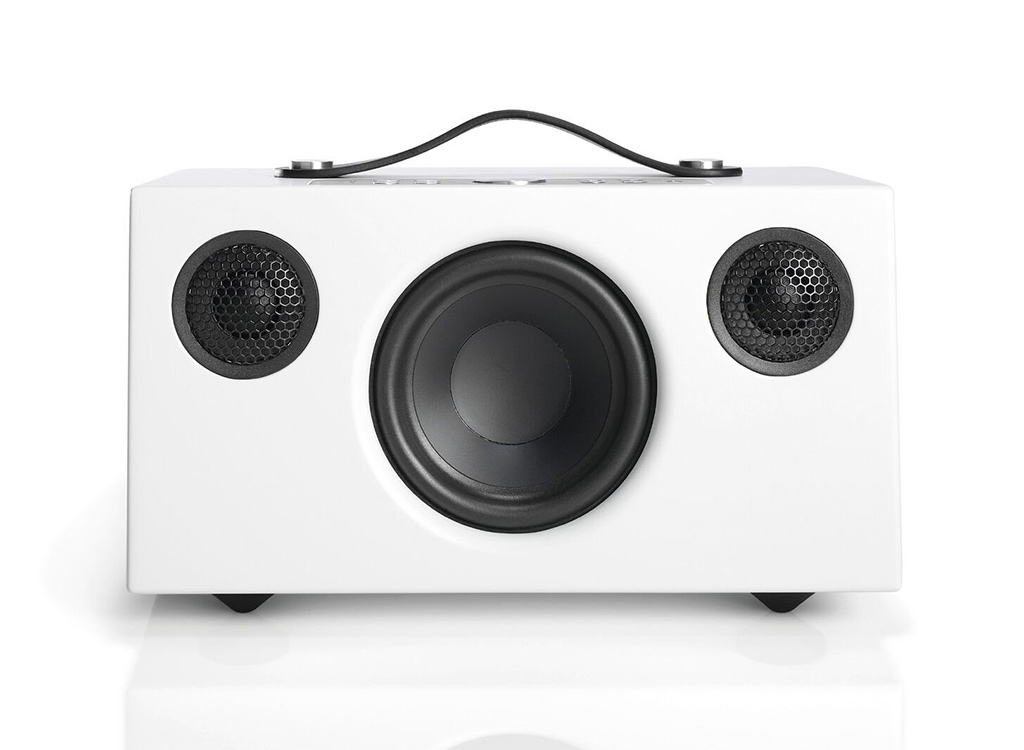 As well as great sound, the Audio Pro Addon C5 also comes loaded with useful features. First and foremost, the Audio Pro Addon C5 is a multiroom speaker. That means it can pair up with other compatible Audio Pro speakers, and control everything via a mobile app. We found the app really easy to use, and while it was a little laggy at times, overall it works well. You won't spend that much time in the Audio Pro app itself, as the actual music is controlled via your preferred streaming app.

Besides multiroom, the Addon C5 also includes a wide range of other connectivity options. It also works as a Bluetooth speaker for easy pairing, and in testing we found that it had no problem connecting to a smartphone. It also includes Spotify Connect, meaning you can stream music directly through the speaker itself. For Apple users, the Addon C5 is compatible with Airplay, so it will work seamlessly with your iPhone or Mac. And for wired devices, there's a line-in port on the back, and a 3.5mm port on the top control panel.

Apparently, if you already have Audio Pro Bluetooth-only speakers, you can control these by pairing them up with the Addon C5. We were unable to test this ourselves, so we can't confirm it. One feature we could test, though, were the four preset buttons on the top of the speaker. These can be used to save specific playlists or albums, as well as internet radio stations. That way, you can instantly listen to your favourite content without even having to take your phone out of your pocket. 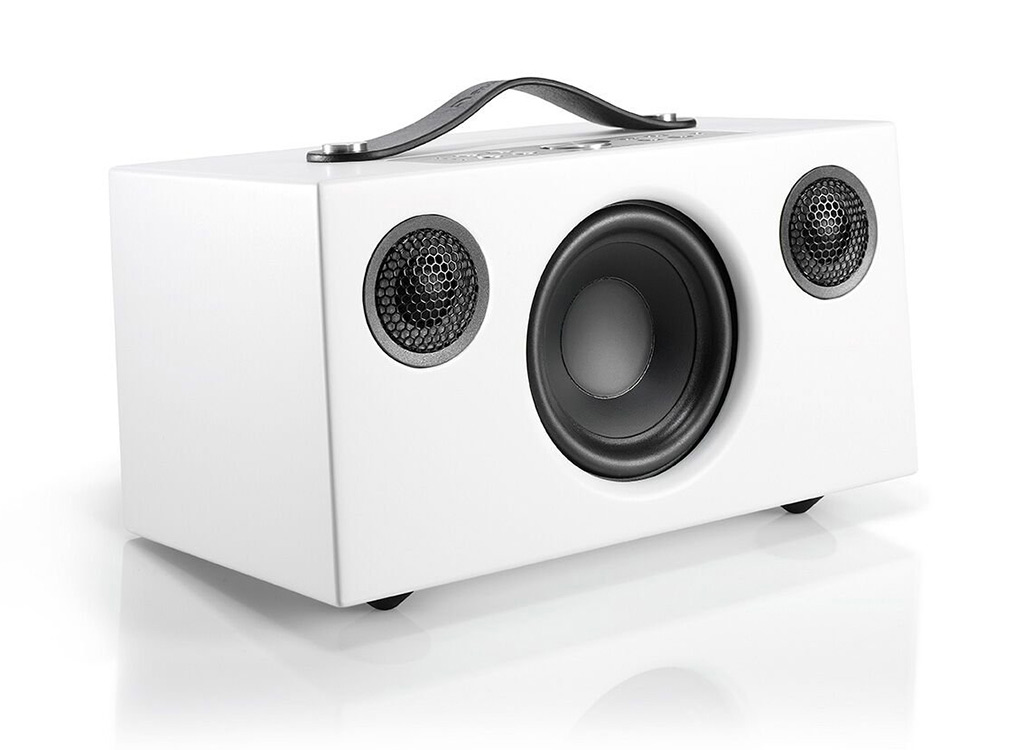 If you're looking for a main hub for multiroom, then the Audio Pro Addon C5 is a great choice. At liGo, we're big fans of the whole Audio Pro range, but the C5 is possibly the best in terms of performance. Having recently come down in price, there's never been a better time to discover Audio Pro's trademark sound quality for yourself!